She led the team in raising the profile of the Hari Raya Light Up 2014 when it was first taken over by the grassroots organisations and continued to build anticipation and excitement for the month-long event till 2016. Ginny also spearheaded the building of developer Qingjian Realty’s position as a trusted developer for people in Singapore, most recently with the launch of Le Quest, Bukit Batok’s first mixed-use development and SMART-living ready Inz Residence in Choa Chu Kang. She works with the Prima Group to bring greater prominence to its stable of brands: PrimaDeli, Prima Taste, Prima Flour and Prima Tower.

She has a passion for helping new businesses and brands get off the ground, running successful campaigns for Singapore’s own Klarity, TruLife and Freshen Soups brands. With a passion and expertise in education, she has worked closely with Nanyang Polytechnic for six years and has also supported the National University of Singapore Business School and TUM Asia.

On the corporate front, she has driven corporate social responsibility initiatives for Samsung Electronics, and managed the launch of NTUC Club’s D’Resort. She counselled Mandai Link Logistics’ rebranding efforts, and subsequently spearheaded the publicity for the launch of Singapore’s first fully-automated freezer by the company. Ginny was involved in the conference by the Businesses for Families Council, and the World Entrepreneurship Forum. She is no stranger to the mass-sports scene, having worked on events like the labour movement’s Run 350 and U Run and Energizer Singapore Night Trail.

Prior to joining APRW, Ginny headed Marketing and Communications for NTUC First Campus, an early childhood organisation that was at the forefront of its field. In the area of communications, she was responsible for the strategic messaging and communications of the firm’s innovations and growth, on-going stakeholder relations and crisis communications. Ginny led education efforts to improve public perception of early childhood professionals. She also put in place a complex strategic communications strategy to re-brand and transform stakeholder perspectives of the organisation. She then managed the re-branding project, and communicated its re-branding to stakeholders in the government, corporate and public arena. Ginny is an accredited PR Practitioner of the Institute of Public Relations Singapore. She holds a Bachelor in Business (Marketing) from the Nanyang Technological University, Singapore. She volunteers in various grassroots organisations, including community development councils and citizens’ consultative committees.

She has raised public awareness and rallied calls for action in mass-scale events such as the Singapore Science Festival 2015, People’s Association’s Singapore’s Largest Groundbreaking for Tampines Town Hub.
LEARN MORE

Let’s Start Our Journey Together!

Or Connect with My Colleagues 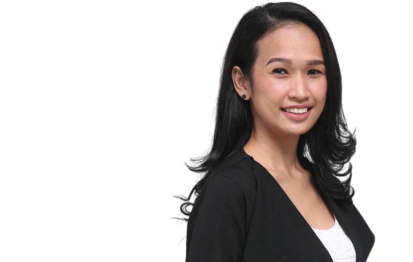